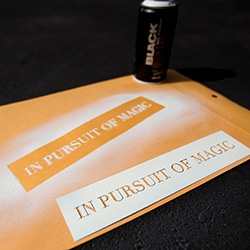 In Pursuit of Magic ~ fun stencil/mini spray can set to spread a little magic around, and join the IPM movement around the globe.

On fun surprises that just came in the mail, this cute In Pursuit of Magic Stencil Set from " two female street artists on a crusade to elevate consciousness and amplify meaning in the world." as their Facebook says.

As they told us in an email,"In April of 2012, In Pursuit of Magic was born of two questions. "How can we participate in the large shift of consciences that is happening all around us? How can we help others to awaken to magic? We (an Artist and Photographer) created two stencils and set out spray painting "In Pursuit Of Magic" in New York and San Francisco; within weeks a movement was born. From Facebook to Instagram, a movement had taken hold, and people were noting how these words were becoming their new mantra. We see In Pursuit Of Magic not as an end or a goal in itself, but a lens through which to see. Whether our fans are finding resonance to the words or have launched a total shift in perspective, the stories we continue to hear are fuel for our work. In Pursuit of Magic has become a beautiful, interactive, fluid exchange, where we get to take part in a narrative with complete strangers, or start a conversation between people who might otherwise never have spoken.
Over the last year, we've created a line of stencils to meet the growing demand for involvement, and IPM is a growing global tribe of "positivity vandals." From Africa to Berlin, Turkey to Paris, Greece, New York, San Francisco and beyond, each time you spray one of these stencils, a little reminder is left behind - the magic you pursue is pursuing you too."

So, are you ready spread the magic too? Here's a close up peek of the set they sent over! 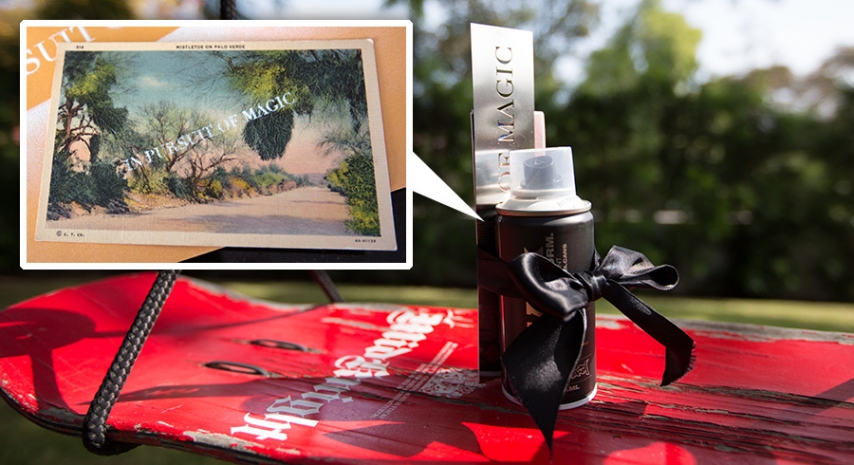 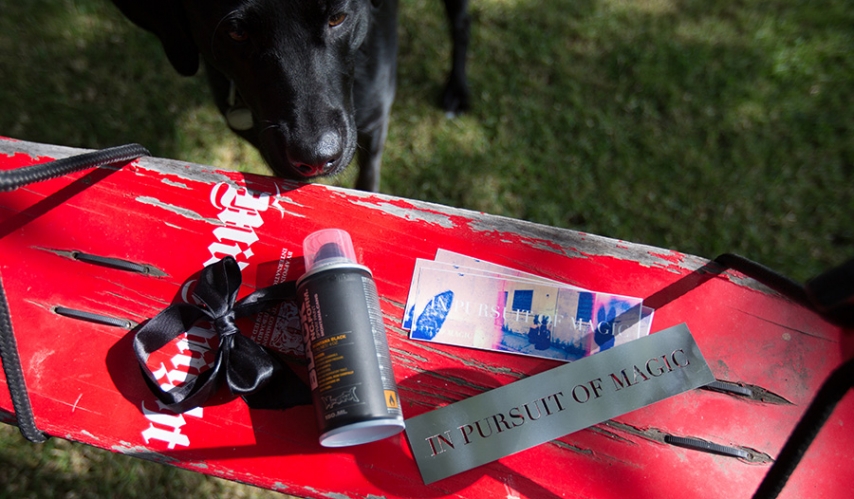 Bucky was pretty curious what was going on on our skateboard swing... 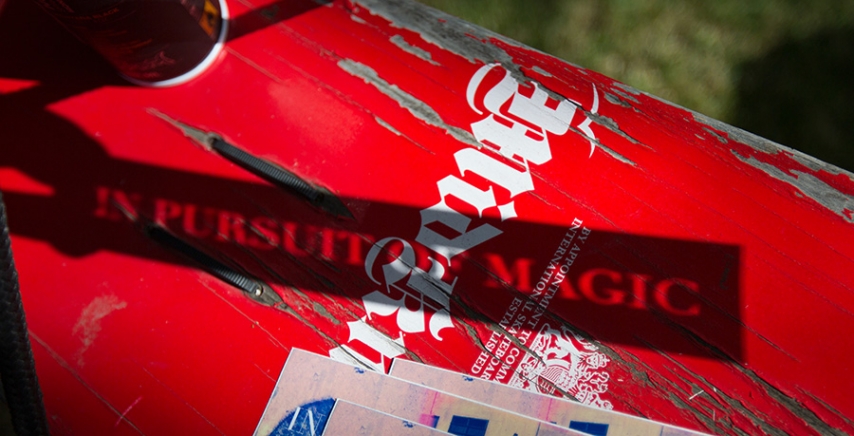 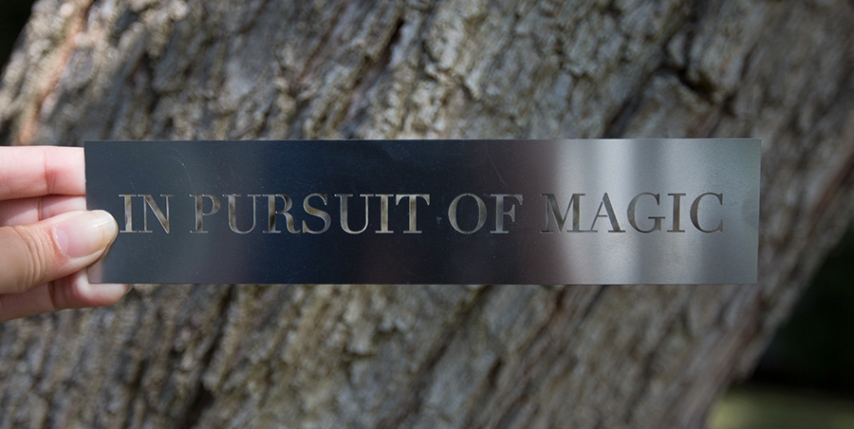 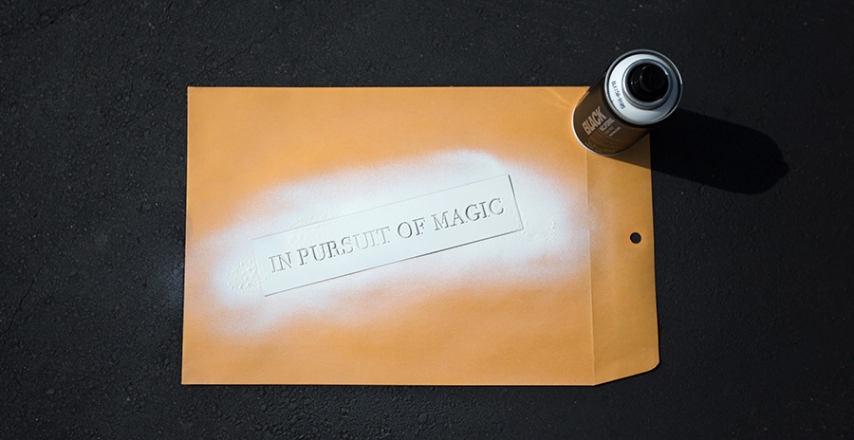 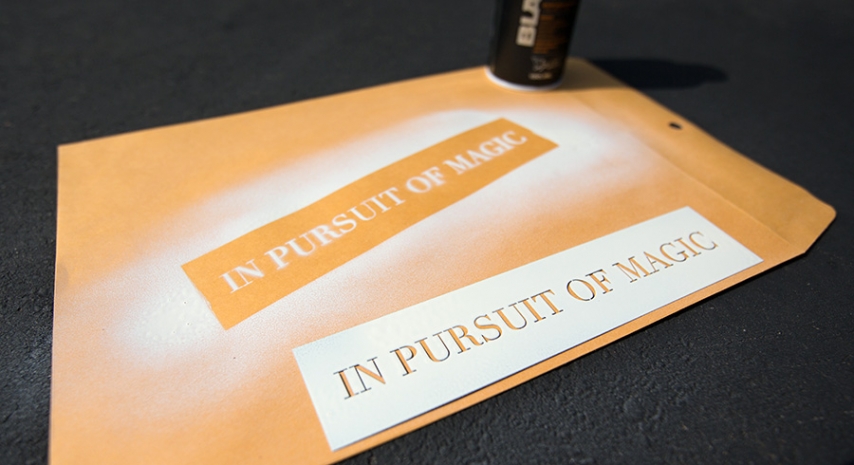 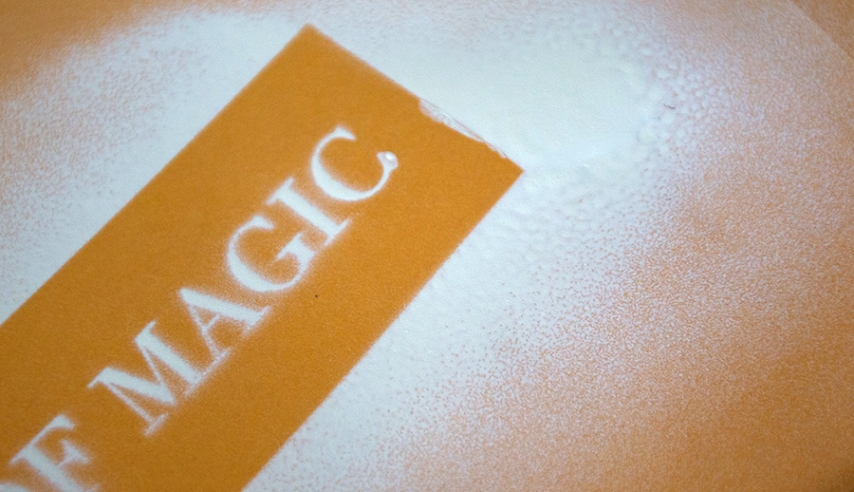