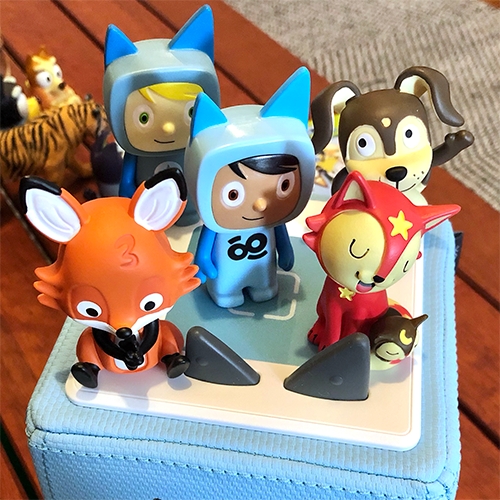 Tonies! The Toniebox is a modern music box for kids - a padded speaker cube that responds to NFC figurines placed on top. Peek at my unboxing of the new GoNoodle x tonies Mindfulness Starter Set!

GoNoodle x tonies Mindfulness Starter Set just launched, and they sent over a set for us to try out! While i never imagined needing a padded speaker for my kid... watching him light up as i handed him a figure and told him to put it on the box was *magical*! It's crazy how fast nearly 2 year olds pick up on stuff though isn't it?!?! This modern music box is a padded speaker cube that responds to NFC figurines and plays preset playlists (and you can even create your own lists!)

Tonies launched in 2016 in Germany, Austria, and Switzerland, expanded to the UK/Ireland in 2018, and landed in the US in fall 2020! So while it feels new here, they have been enamoring kids for years! And it turns out, the different tonies (the NFC figures) work across markets, so you can pick up German songs and stories as well as various British/Irish ones to expand the smaller collection available to the US. If you're as curious as i was to see what's inside, iFixIt has a great teardown.

This collab seems like a natural screenfree extension to the GoNoodle world that gets kids inspired and moving through playful programming and it's great to see the Tonies branching out beyond larger partnerships like Disney, Pixar, Penguin Random House, etc! When will our favorite bands start releasing tonies for their new albums next?!?!?!

GoNoodle x tonies Mindfulness Starter Set special tonie comes loaded with 32 minutes of content including Opposites and Mindfulness activities, and even a special "Squatchy Not Sleepy Sleep Story: Drift off to sleep with Squatchy the Sasquatch!" 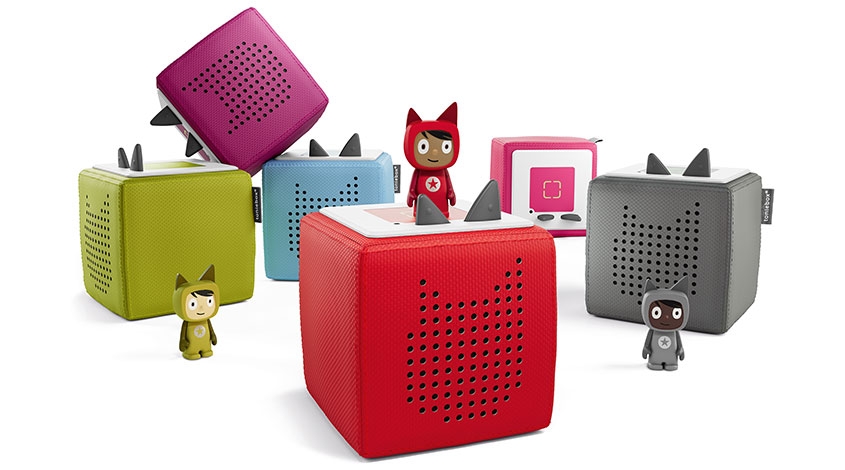