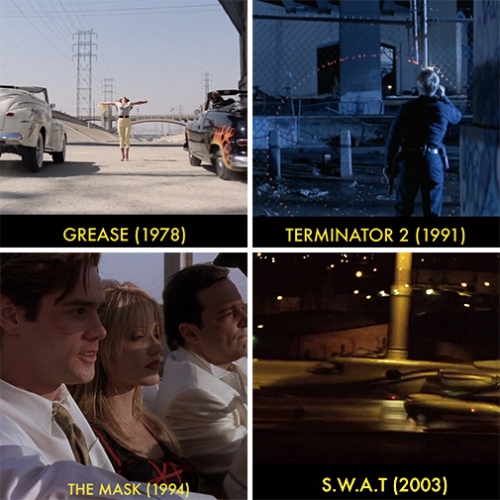 Los Angeles 6th Street Bridge over the LA River is about to be taken down. Vashi Nedomansky has rounded up 11 of the hundreds of films that feature it.

"The 6th Street Bridge was built in 1932 and is currently the longest bridge (3500 feet) in Los Angeles. On January 27, 2016 it closed down and will be demolished in the upcoming weeks. The concrete has become unstable and for safety’s sake it must be rebuilt. The 6th Street Bridge has been an iconic staple in Los Angeles motion picture history and has been used in hundreds of productions." Read more from Vashi Nedomansky here.

... see more info at Wikipedia on the Sixth Street Viaduct for a list of movies, music videos, tv shows, and more that have featured the bridge!