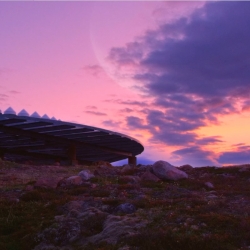 We Humans. A beautiful scifi concept film about the last surviving crew member on a terraform colony set to Carl Sagan's speech from his book Pale Blue Dot: A Vision of the Human Future in Space.