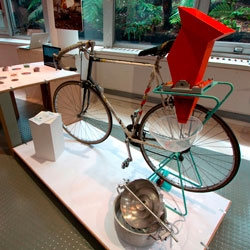 Spotted at Show RCA 2012, Esource, by Hal Watts. Electrical and electronic waste (WEEE) is often illegal exported west coast of Africa. In Accra in Ghana, where some 40,000 people are dependant on informal recycling.

One of the worst practices in Accra is the burning of electrical wire to get rid of the insulation and recover the copper within. It is a dangerous practice which leads to dioxin releases equivalent to 15% of the whole of Europe. Esource is a sustainable bicycle powered cable recycling system for informal recyclers in developing countries that makes burning unnecessary. Instead, users can grind the cables and separate plastic from copper. The plastic which would typically have been burned then provides a further source of recycling income. Find out more about the project from Hal Watts' website. 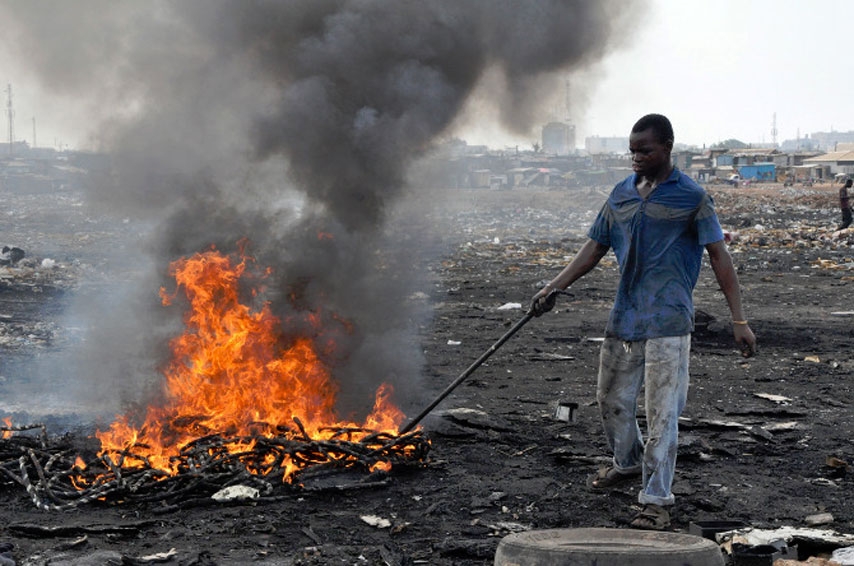 Burning to extract copper is common practice in Ghana, but is dangerous, releases toxic fumes and wastes other recyclable materials. 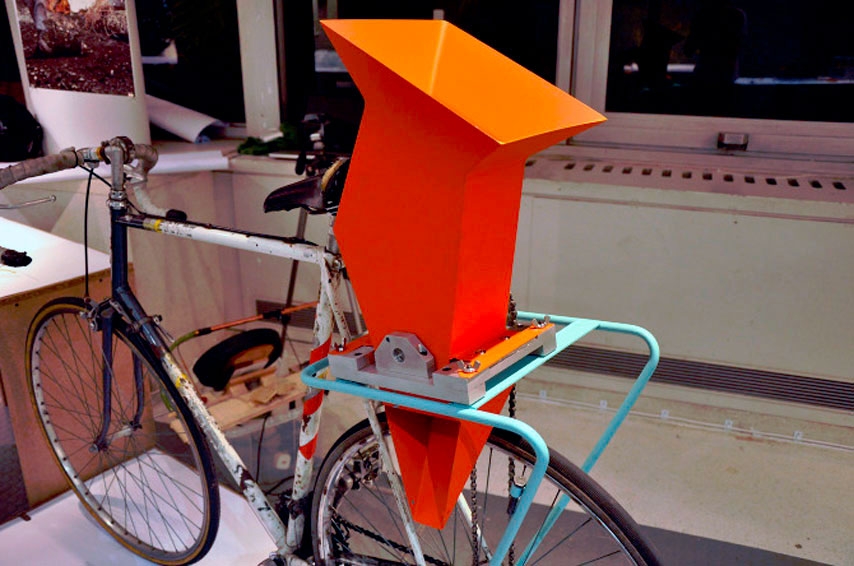 The alternative system is easily transported from one site to another and everything required to extract copper is contained on the bicycle. 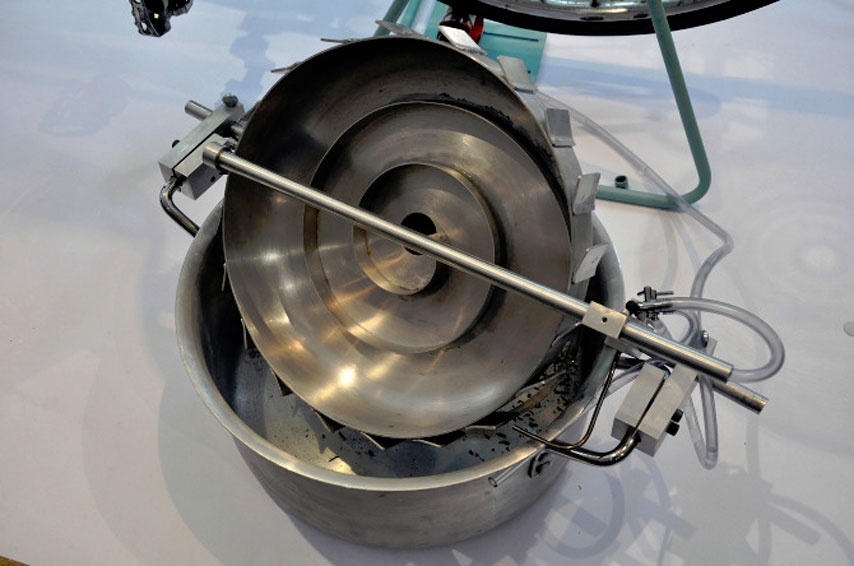 This pan-style system uses water to separate plastic from copper.
The Esource in action in Ghana.