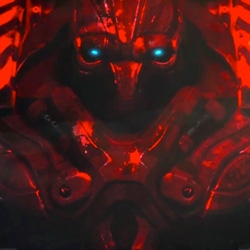 Archetype by Aaron Sims is a no-budget sci-fi film about a combat robot that goes on the run after malfunctioning with vivid memories of once being human. These graphics are stunning and the story is brilliant!

Aaron Sims is no stranger to VFX or big movies. He has worked on films such as I Am Legend, The Day the Earth Stood Still, Batman Forever, The Green Lantern, and many more. This is a personal project of his, and he debuts some amazing directing skills in Archetype we must say. We are excited to learn that he does plan on making a feature length film from this short. Also below is the amazing art that inspired the film as well as a short making-of clip that reveals some of the magic to you. Be sure to head over to The films website to see more behind the scenes action and concept art.