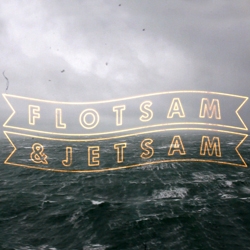 A documentary about the island of Texel, its eccentric inhabitants and the strange things that wash up on its shores.

Flotsam & Jetsam is a documentary based around the beachcombers of Texel, one of the largest Frisian islands north of Holland.  Due to Texel's geographical position, tidal system and strong winds, an estimated two tons of Flotsam & Jetsam washes up on its beach each day. The film follows the lives of the beachcombers (or Jutters as they are known), exploring their relationships and history as extraordinary people in extraordinary situations.