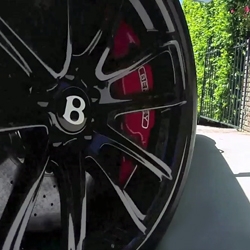 NOTlabs Bentley Experiments #1-6: Our first video series, and a whole new way to look at Bentleys. Mini visual adventures with the Mulsanne, Supersports, and Continental GTs around Los Angeles with a Contour+.

... Take a look at the Behind The Scenes!

Want more? Take a look at the Behind The Scenes! ~ as well as a secret 7th experiment video where we find a 1936/37 Mercedes-Benz 540 K "Spezial-Roadster".